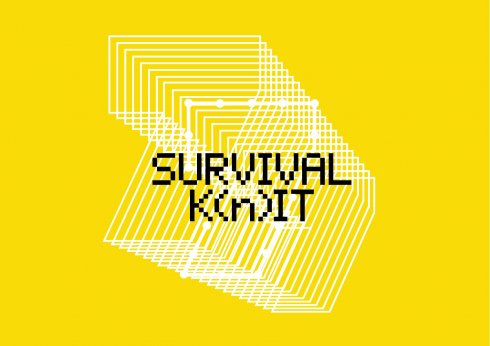 For the first time, I will present my spatulas together as a collection.

Made in collaboration with Rosa Sijben

Rosa Sijben, Styrmir Örn Guðmundsson, and I collaborated on an audio companion for the exhibition. You can listen to it online or on location.

The performance is available Tue, Wed, and Sun from 2-6pm

A day in the life of Thomas
a journey with performances, screenings and artist talks
17 May 2015
2:30 - 5:30 pm
Stedelijk Museum
Museumplein 10,
Amsterdam

I will make a performance storytelling and cooking Tajine in the Teijin auditorium.

The Zen is waiting for the train and standing next to him is The Wacky. The Zen looks over at The Wacky who is jumping up and down, dancing up a storm, but there is no music playing. "What is The Wacky dancing to?" wonders The Zen. The Wacky starts shooting spaghetti out of his fingertips and his head turns into a disco ball. The Zen realizes that The Wacky must be listening to something stuck in his head. The Zen wants to dance too. But how do you dance to a song stuck in someone else’s head?

Zenwacky is an approach, a way of seeing, an aesthetic philosophy – it’s the third side of the coin, a flipped interrobang at the beginning of a sentence, the answer to the question that we were not asking. Serious and silly, slaphappy and sincere, enlightened absurdity, focus and pocus, earthy and fluorescent - a concept developed by David Bernstein and David Kirshoff.

Timetable
Opening 18th Jan: From 3 pm to 6 pm
By appointment: From 19th Jan. until 24th Jan.
Appointment on week days from 1.30 pm to 3.30 pm
Appointment on saturday from 2 pm to 4.30 pm
To take an appointment, send an email to: info@nathalie-rias.fr

Nathalie Rias invites the artist Mikko Kuorinki to curate an exhibition on her transitional table.

Performance by David Bernstein every 30 minutes

former shop, August Fröhls, founded by Mr. Fröhls, now closed by his granddaughter. This haberdashery used to sell Schlafkleidung or nightclothes for men and women and was open from 1916 to 2014.

These like-minded practitioners will debut their first duo performance Man Hat Bridge, a manifold thriller at the Barber Shop this November. Both artists work with the co-existence of narrative performance and studio based objects. During Man Hat Bridge they will merge their individual practices by weaving together a collection of old and new works into a storytelling tour that moves from the Barber Shop into the streets of Lisbon.

Karaoke Police is a collaborative performance by David Bernstein, Sophia Holst, Monika Lipšic, Marija Olšauskaitė, Styrmir Örn Guðmundsson, Jurgis Paškevičius, and Andrea Polichetti. Rome sets the stage for a touring performance that directly responds to the abundance of headless sculptures in the city's landscape. While walking, a game is played finding opposites in the location and situation. The performance is seen as an exhibition device, a way to bridge between objects and how they are experienced.

Helicotrema moves from the observation that, in the field of contemporary art and – to some extent – of contemporary theatre, the last decade has witnessed a gradual comeback of interest in the forms of audio plays, audio dramas, audio documentaries and various kinds of timeline-based formats based only on an acoustic component.

Helicotrema is curated by Blauer Hase in collaboration with Giulia Morucchio. 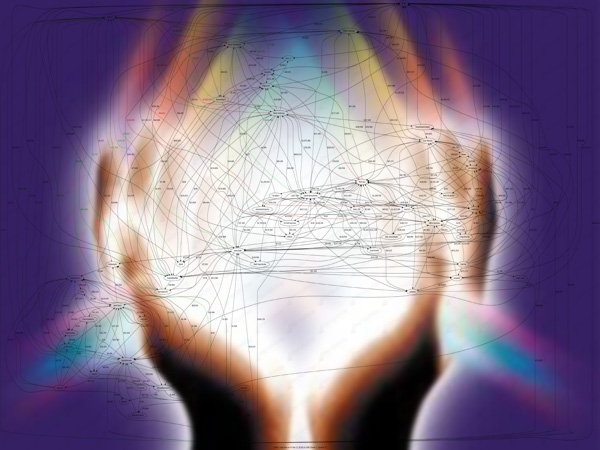 As part of Soft City performance festival, the artist-run space Tidens Krav and the artist Sverre Gullesen will present the project Collection As Allocated Objects. An open call for artists, curators and gallerists to “submit yourself, alongside a work that you have at hand, as part of an ongoing meditation on redistribution” leads to a winner-takes-all poker tournament to be played live on Saturday night, with an art collection as the prize.

TEXTO
is an internet platform for artists' writings.

A selection of my poems have just been published on their website.

I have written a text for the publication in relation to the work of Hrafnhildur Helgadóttir.

Mönchengladbach has a big, old and beautiful museum that's been empty for some years because the staircase can't be used by too many people at once. In this amazing building, we are presenting a guided performance for just two people at a time. We invite the two of you (or come alone, we’ll find you a partner) to walk around the building with us, receive the smallest radio broadcast in the world and hear David and his mom singing together on Skype. We would like to tell you stories, talk to you through virtual windows and show you objects and situations we created.

"There are always at least two ways of looking through a loophole"
Performance
5 April 2014, begins at 8pm
Walden Affairs
Zuidwal 52
2512 XT Den Haag
The Netherlands\

Take your chance pants, fold up your body with pure reason, and hop on the goat boat.
"It's a trick, it's a slip." Walden whispered through the slot.
On Saturday April 5th, we invite you to come over for an evening tour through the building of Walden Affairs. You'll find a host with the most, stories told, minds read, and pizza theorized.

New Review on the Burnelė Series: “The Transmitter Show—Words At a Distance,” a project for Performa 13 in collaboration with Hordaland Art Centre (Bergen, Norway), consists of a book of scripts for radio plays commissioned from artists and writers, and the transmission of these plays on the radio. The book, edited by Anne Szefer Karlsen and Aaron Schuster, includes contributions by Alex Bailey, Pierre Bismuth and Dessislava Dimova, Espen Sommer Eide and Kristin Tårnesvik, Ingrid Furre, Kim Hiorthøy and Lisa Östberg, Jugedamos (Jurgis Paškevičius, Géraldine Geffriaud, David Bernstein), Krõõt Juurak, Tija Suttikul, M. A. Vizsolyi, and Bedwyr Williams.

In addition to a short presentation of the book by the editors, there will be a performance by Espen Sommer Eide and Kristin Tårnesvik of “Weed Archive (LIVE),” part of an ongoing project that draws on the archive of the pioneering Norwegian weed biologist Emil Korsmo (1863–1953).

Swedish 60 cocktails will be served. 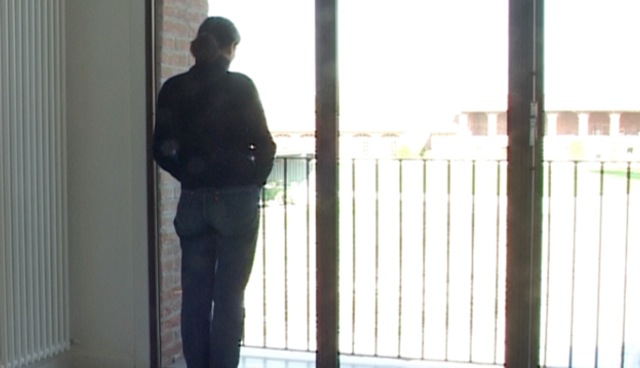 On the morning of the opening the artists Diego Tonus and David Bernstein will conduct the workshop Critique Session with a group of students from the Brera Academy and their tutor, Barbara Casavecchia.The workshop is the first part of a later film that will be shot by the artists at the CAC in Vilnius during David Bernstein's residency; the film will be successively presented at Villa e Collezione Panza.

A flip seduction meta mental spank, the space of Hadrian displays a small selection of spatula objects focused on the subject of meeting. People meet people, objects meet objects, and people meet people through objects. During the opening, David Bernstein will tell the story about the meeting with 'The Marble Man'. The performance lasts 20 min. and will begin periodically throughout the evening.

Burnelė is a series of three evenings at the Contemporary Art Center (CAC), Vilnius organized by David Bernstein in collaboration with different invited guests.

“Burnelė” (literally – “a small mouth”, but also a “shot”, as of vodka) is one of the words in Lithuanian that mean both a container and the thing that fills it; the mouth and the drink become extensions of each other by way of measure and by direct engagement. Burnelė is also an occasion for a social gathering, in this case – an occasion to see and discuss how things have the potential to extend into other things, thoughts, and stories.

For the first evening, philosopher and writer Aaron Schuster will interview David Bernstein about his obsession with spatulas.

'...Exhibition on Stage God from the Machine reflects a habit of exhibition making. Contemporary art exhibitions might happen anywhere depending on how one perceives the thing.' Exhibition curator and author Monika Lipchitz invited several different artists, creatives and doers that all took part and created a role in a different stage of the overall presented (starting from the exhibition filming process to formulation of rhetorical questions).

My project Funnelumpet Pong will be presented on the 14th Sep. 8pm

Funnelumpet Pong is a device for transmission between two islands, Europe and USA. Before traveling to USA, I invited a group of friends and artists to give me tasks to perform while traveling around on a road trip for one month. After these tasks were received and expressed in USA, they hit a ping pong paddle and bounced back to Europe where they will be shown at the HAYY RESIDENCY ISTANBUL. Part of Sandberg Institute graduation show, “The Festival of Choices 2013”

I was gaping at it, I was motionless, I was getting a bit hungry, but still couldn't look away. Daphne's face was screaming and what could I do? Marble garble, flesh confess, get the wood good. Oh my gouda kaas, ola margarita, maybe I should make my spatula out of marble instead of wood.

The performance will be the first part of an evening program with the exhibition of Jurgis Paškevičius and The Bible Performance by jugedamos.

Chinese Whispers is a project on role reversal, loss of control and chaos.
At the end of a process, which lasted about a month and started with an invitation by the five curators to an interlocutor, the show includes, in the current last stage, more than forty artists, curators, musicians, poets and collectives from over ten different countries.
The exhibition will take place at cura.basement space on May 20th. It is the result of a layering of suggestions that step by step had inspired a variety of works, traces and interventions, summarizing a reflection on the mechanisms of inclusion and exclusion, and on the dynamics of building a visual, aesthetic, conceptual imaginary extended to an entire community.